Amjad Bahnassi quite literally could not have gotten out of Syria any sooner.

Born and raised in the capital of Damascus, Bahnassi graduated high school at

16 and finished medical school at 22. The day after graduation, he left.

UMass Medical Center as a psychiatrist and never left. After completing his residency,

he started Behavioral Healthcare Services, a practice he still leads after more

In February, Bahnassi completed construction of a new $5-million facility on

Shrewsbury Street in Worcester to house his psychiatry practice, which has grown

to 20 employees. The four-story development, of which Behavioral Healthcare Services

will take up two floors, is among the few new office buildings to be constructed in

Worcester as the demand grows.

known Bahnassi since 1990 through the Islamic Society of Greater Worcester.

"If anyone asks him for any help, he never hesitates."

Even as he oversaw construction of 20,000-square-foot Shrewsbury Street building and works to find tenants, Bahnassi's pride comes mainly through his direct work with patients – even though his responsibilities as company owner extend well beyond that.

"I see myself as a clinician," he said.

Bahnassi, a 58-year-old father of two, always knew he'd go into a career in psychiatry. As a boy, he loved history and was great at geography, but thought he'd have better chances going into the medical world.

"That's the best compliment you can get, someone saying 'You helped me,'" he said.

Bahnassi, as a Syrian whose home country has been mired in civil war for years, has created something of a niche for himself. He has clients who are refugees from Syria and Iraq, he said.

Bahnassi said he hears stories that make him laugh, and others make him cry. When asked whether he finds himself thinking about those stories after he's gone home for the day, he replies: How could he not?

Bahnassi has a way of making people feel safe, comfortable and trusting, said Brenda McCarthy Trayah, a therapist at Behavioral Healthcare Services, who has known Bahnassi for 10 years and worked with him for four.

"To me, he's a remarkable man. He's a compliment to his profession," McCarthy Trayah said.

As an owner, she said, Bahnassi creates a welcoming work environment, hosting a gathering at his home for employees.

"Nowhere else does that happen," she said.

Although he did not come to the United States as a refugee, Bahnassi said, his shared background with those clients can help him understand the challenges they still face in the U.S. or their worries about their homeland.

"We're like a little United Nations, because that's the way he is," she said. "He came over here and made a living for himself, and he wants to help others."

Bahnassi still has some family in Syria but has not been back to visit at a time when much of the country is too dangerous.

Bahnassi and his wife, Hanan, who live in Shrewsbury, are involved in their communities in other ways. He is a trustee at the Islamic Society of Greater Worcester, where he was in the headlines last year for the society's efforts to find a local cemetery. Hanan has set up an organization called Time to Give Back to aid area refugees.

"They need a lot of help," Bahnassi said.

Dabbagh, a former Islamic Society president, heaped praise on Bahnassi as someone who has committed himself thoroughly to the mosque, meeting with contractors, lawyers or anyone else, in addition to his day job. He's also always willing to help anyone — maybe to a fault, Dabbagh added with a laugh.

"He believes that if we can do something to change for the better, he should do it," he said. "You will never find anyone as good as this guy, honest to God." 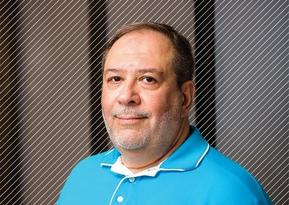