Amjad Bahnassi's  Worcester psychiatry practice has long outgrown its two buildings, both converted homes off Park Avenue, and not been able to keep up with growing demand.

To solve this problem on his own, Bahnassi is making a late-career leap with a new four-story office building on Shrewsbury Street to double Behavioral Healthcare Services' space and leave the other half of the building open to other offices. The 20,000-square-foot building will cost $4.25 million to $5 million and be complete by the end of the year.

The project demonstrates both a growing need for mental health services and a dearth of available new office space in the Worcester area.

Growing mental health demand : Last November, the U.S. Health Resources & Services Administration forecasted more than 10,000 additional mental health providers will be needed by 2025 to keep up with demand. In 2013, a survey by the administration found 20 percent of Americans reported having a behavioral health disorder but did not receive treatment for it.

"It's a growing part of medicine," Bahnassi said of mental health services.

Bahnassi said he had searched for years for office space before coming upon the vacant site at 435 Shrewsbury St.

"I love Worcester," he said. "It's culturally a very rich city. I love the diversity, I love the people." 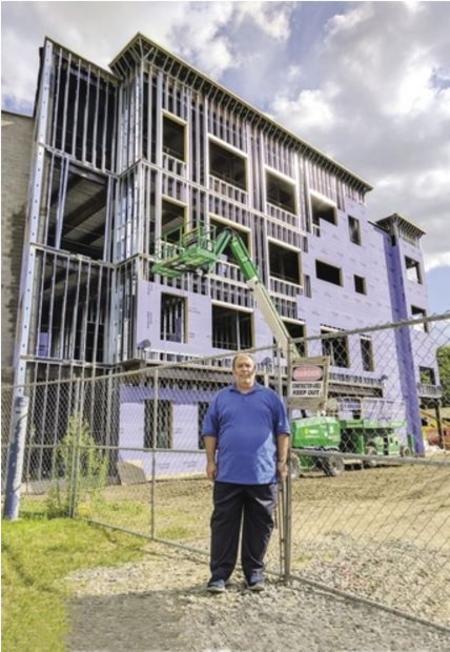 The mental health practice has grown to include eight clinicians and a support staff of 12, divided among two Russell Street buildings totaling about 5,000 square feet. The new office building will double that to about 10,000 square feet on the first two floors.

Growing office space demand : The remainder of the building will be available for lease for other offices. Bahnassi said he's been in touch with prospective tenants but doesn't yet have anyone in place.

"The need is going to grow," Murray said.

Write up by Grant Welker